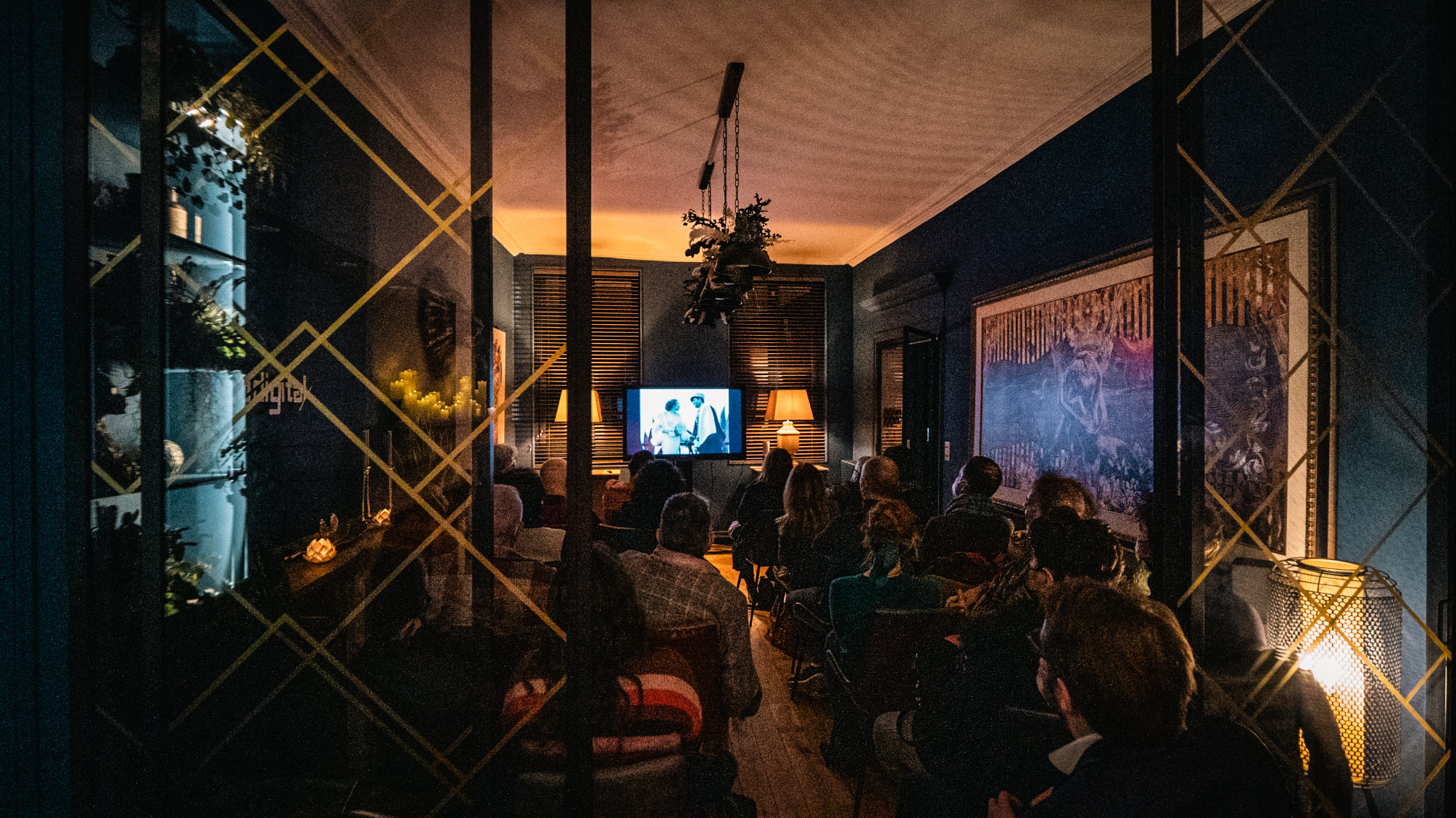 Because the Villa des Conquérants is a real place of life, not just professional, the director Keren Marciano came to present, on January 28, her latest documentary. The opportunity to introduce you to this passionate artist.

The Villa des Conquérants, at the heart of cultural life in Bernay

Wishing to go much further than a simple business hotel, the Villa des Conquérants wishes to offer its tenants, all year round, various appointments, professional (such as Google digital workshops ) but also cultural. The configuration of the place, with its multiple spaces, also allows non-tenant professionals to come and rent meeting rooms or others, for any event.

It is in this framework of sharing and openness that the Villa des Conquérants has already hosted a first cultural event: the preview presentation of the new documentary by director Keren Marciano, “Snatched from the Stars” , on January 28, who chose the Villa to broadcast his film in front of twenty hand-picked people.

Keren Marciano, an actress-director to discover

Keren Marciano is a talented actress, producer and director. The director begins with the profession of actress. Trained at the National Conservatory of Dramatic Art in Paris, then at the EICAR . She plays in more than twenty plays (Molière, Racine, Wajdi Mouawad, Gabriel Garran). But also films (under the direction of Marceline Loridan Evens, Eric Guirado, Hervé Palud, Yves Rénier…) before devoting himself to directing.

It was during an internship at La Femis when she was a student at the Conservatory that she discovered the pleasure of being on the other side of the camera. She then directed, from 2010, several short films. Among which Memoirs of a disturbed young girl with Sara Giraudeau and Marie-Christine Barrault on France 2, Bye, bye mom , which opposes Natacha Lindinger to her daughter Audrey Bastien…. Then she co-directed the documentary When I was little I would be an actor for Canal +. Which deals with the feelings of young actors. Then she continues with the realization of Ictus erotic and Le Grand Orchester . These two films are selected in many short film festivals.

And as part of her job as a producer, which she does with her Options Production structure (based in Bernay for two years), she is developing with her team (Michaël Delmar on the screenplay, Baptiste Savoie on the production), a web-series , a series, several fictions and feature documentaries.

“Ripped from the Stars” , documentary previewed at the Villa des Conquérants

Keren Marciano’s new documentary premiered at the Villa. Ripped from the stars addresses a new question: how are stars born and dying in cinema? What determines their rise – and their fall?

In order to better understand the fatal chain of tragic events that can shatter destinies, the director has endeavored to present the paths of unknown or sometimes forgotten actors:

Snatched from the stars is therefore committed to rediscovering these artists. To understand the tragic chain of events that led to their loss. Analyzing certain biographical events like an investigation. Illustrated with unpublished material – photo archives, interviews, period press reviews, film extracts – linking fiction and reality. This documentary short film tells us about the trajectory of these light-loving beings. Resurrecting their self-destructive passions and uncertain glory…

He thus underlines in passing the ambiguity of the word “glory” which led Pasolini to say that glory is “the other face of persecution”.

For more information on the events of the Villa des Conquérants and the privatization of our rooms, contact us HERE .