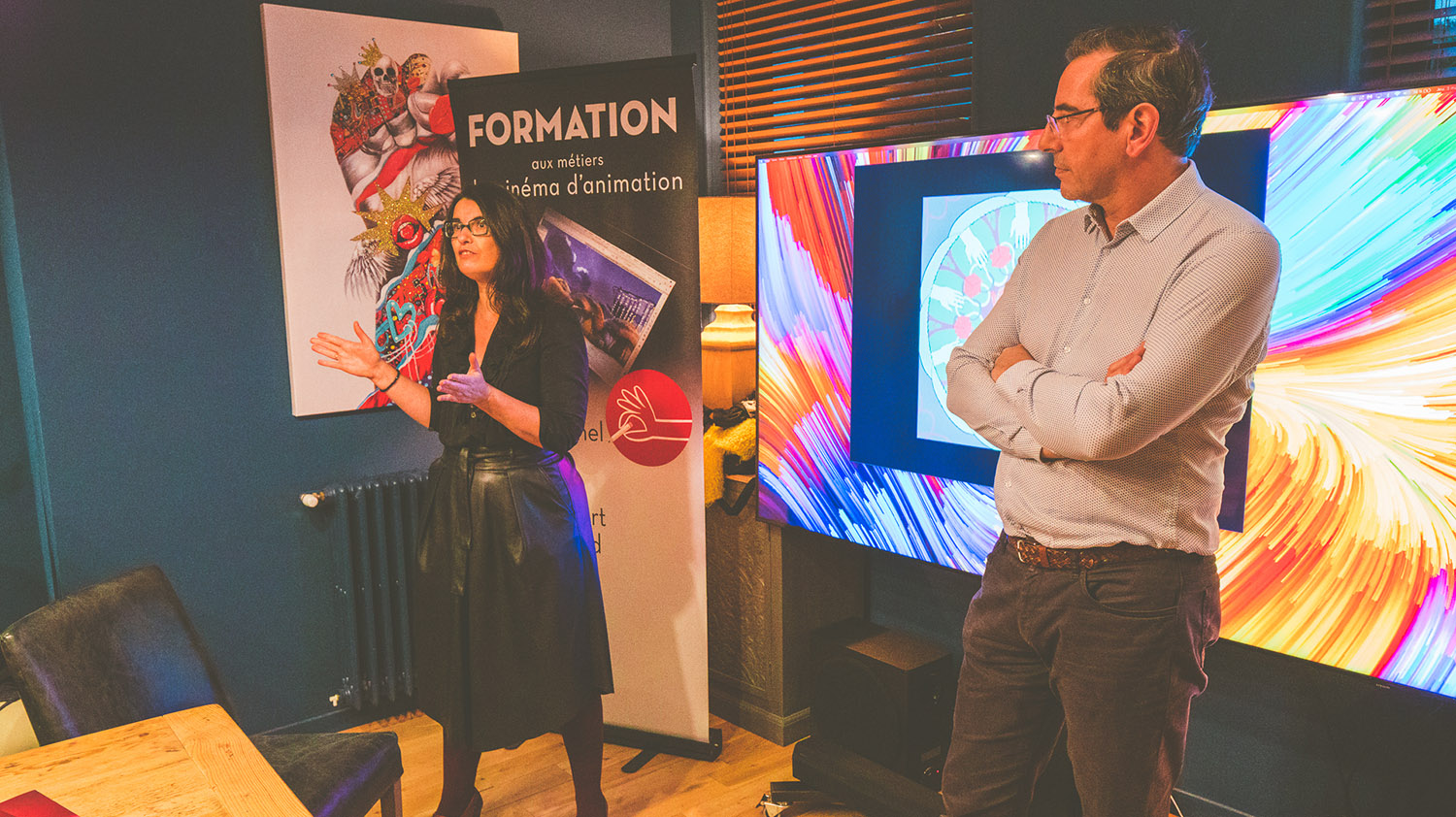 Until then, there was no animation school between Brittany and Valenciennes. A lack made up for by the creation, in 2020, of the Lanimea school in Caudebec-lès-Elbeuf.

Aptly named “Weavers of images”, the Lanimea school has a very particular history. Its founder, Hélène Moinerie is a multi-talented woman. Animator, draftsman, decorator, director, designer, she is also passionate about the field of dance. And it was while looking for a place to host her company that she came into contact with Laurent Bonnaterre, the mayor of Caudebec-lès-Elbeuf, with whom she finally built the project of creating (also) an animation school within the industrial wasteland of Tissages de Gravigny, former textile printing workshops.

Before being bought by the town hall in 2019, the Tissages de Gravigny, which had become industrial wasteland since 2012, successively housed a wool spinning mill, a metal construction factory, an oil processing factory and a textile printing workshop. .

The place, completely renovated and rehabilitated by the Rouen firm AZ Architecture, now welcomes around sixty students since October 2021. A complex financed by the city, the Normandy region, the Rouen Normandy Metropolis and the Regional Directorate of Cultural Affairs, for the moment. Les Tissages offers access to a fantastic site, 1000 m2, with one of the rare stop motion studios in France, vast classrooms for drawing, animation, computer graphics, painting, IT, modeling …

A 3-year course for animation and video game professionals

To enter this post-baccalaureate training, it is necessary that the students justify a very good level of drawing and a good artistic culture. At the end of their 3-year course, students obtain an RNCP title of Project Manager Designer Director in animation cinema . For this, they will have to be operational in different areas: drawing, coloring, sets, 2D, 3D, storyboard, script, editing… Because animation covers a wide variety of professions.

Future image weavers will then develop their artistic abilities while integrating knowledge essential to professional practice in the audiovisual and digital industries.

As Hélène Moinerie explained in Le Parisien , in the first year, as in a prep, “they are upgraded. They must enjoy drawing for eight hours, especially on a live model. They also have classes on art history and cinema.”

It is only in the 2nd and 3rd year that the teaching is less theoretical and more practical, around animation techniques, “with the intervention of professionals and the realization of exercises and mini-projects. We also put them in contact with studios, large companies for possible hiring. They must be operational. »

Highly appreciated, among others, in American animation studios, French animators have world-renowned know-how. And if this sector makes many young people dream, it is also because it recruits enormously. In 2017. Animation and visual effects production employed 7,200 people in France. But the labor needs in French cartoon studios are still enormous, the shortage is around 48%.

By creating her animation school, Hélène Moinerie has also bet on a future relocation. Indeed, as she explained in an article in Ouest France : “The mode of production is changing. Until now, project development and post-production were done in France. But for the actual animation, the studios subcontracted, especially in Asia. A tax credit for these positions was introduced about five years ago. French studios are relocating animation en masse. »

Lanimea invited to the City of Conquerors: the desire to present innovative training to young people in Bernay

On March 3, Lanimea was invited to the Villa des Conquérants in Bernay to present the training in more detail. On this occasion, Hélène Moinerie explained that Lanimea offered both a post-baccalaureate course in initial training, courses in continuing education and a real student in the professional world thanks to internships in companies and the reception in residence of directors. in animation cinema within the school itself.

Throughout the year, the Villa des Conquérants aims to invite many schools, offering them to present their various courses within it in order to allow young Bernayens and Bernayennes (and their parents) to discover all the training available in Normandy.

—Do you want to join the beautiful community of motivating and motivated entrepreneurs at the Villa des Conquérants? Contact us HERE !